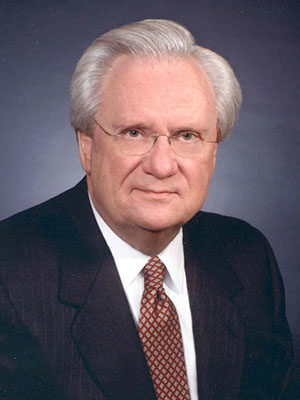 WAYNE FISHER, a native of Cameron, Texas, graduated with honors from Baylor University and began his practice with the firm of Fulbright & Jaworski. In 1966, he established a firm devoted to civil trial practice. One of the best-known and most respected trial lawyers in Texas, he has been elected President of the State Bar of Texas, the Texas Trial Lawyers Association, and the International Academy of Trial Lawyers. He has served as a Regent of the American College of Trial Lawyers, and is a member of the Inner Circle of Advocates.

Mr. Fisher is listed in the Best Lawyers in America for both Personal Injury Trial Law and Business Litigation. He is Board Certified in Personal Injury Trial Law by the Texas Board of Legal Specialization. He has been voted by his peers as one of “Texas’ Top 100 Super Lawyers” and recognized by the State Bar of Texas as a “Texas Trial Titan.” He has obtained recoveries in excess of $1,000,000 in hundreds of cases involving products liability, aviation, maritime, medical malpractice, truck, auto and train collisions. The results obtained depended upon the facts of each case.

He has also served as lead counsel in major business and probate litigation matters including the Estate of Howard Hughes.

Mr. Fisher has been a leader in community affairs, serving as a Director or Trustee of South Texas College of Law, the Houston Symphony Society, the Center for American and International Law, the United States Supreme Court Historical Society and the Texas State 4-H Development Foundation.

Board of Trustees, The Center for American and International Law

Certified as a Personal Injury Trial Law Specialist, Texas Board of Legal Specialization, 1978 to present

“Lawyer of The Year,” Baylor University School of Law, 1983

Listed in the “Best Lawyers in American” for Business Litigation

“Best Lawyers in America: Business Litigation,” Fall 2003 issue of The Future of Litigation

One of the first five graduates to receive the Hall of Honor Award from the C.H. and Caroline Yoe Foundation for distinguished graduates of the Cameron Independent School District high schools

Fellow, American Board of Trial Advocates

The Association of Trial Lawyers of America

Board of Directors, South Texas College of Law, 1986 – present

Board of Trustees, The United States Supreme Court Historical Society