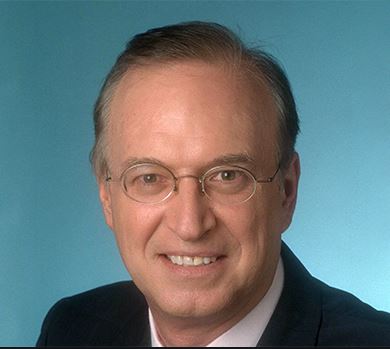 Veteran advocate, formidable litigator and proven trial counsellor, Roy Black is widely recognized as one of the nation's premier trial and appellate lawyers. Founding partner of the firm, Roy’s honed analytical abilities, intellectual acumen, artistry in telling each client’s unique story, undeniable thirst for continuous learning, and absolute commitment to sharpening his skills daily has cemented his reputation as one of the most diligent, hard-working and effective criminal defense and civil litigation lawyers practicing today. With more than four decades of experience representing some of the most well-known individuals and companies throughout the United States, Roy has resolved hundreds of high-profile matters in Florida and across the country.

In addition, Roy defended Albertson's, Inc. when the State of Florida charged the Fortune 500 company with manslaughter in the death of a shoplifter. Moreover, he successfully defended New York artist Peter Max on income tax evasion and three-time Indy 500 winner and Dancing with the Stars champion, Helio Castroneves, in a 6-week tax trial where he was charged with income tax evasion. A selection of Roy’s other noteworthy clients have included Rush Limbaugh, Kelsey Grammer, South Florida police officers Luis Alvarez and William Lozano, and banker Fred De la Mata.

Recently, Roy represented the online news publication, BuzzFeed, and defeated a defamation lawsuit by a Russian entrepreneur and his tech company who were mentioned in a report by a former British spy about links between Russia and Donald Trump. Roy helped convince a federal judge in Florida that BuzzFeed’s publication of the Christopher Steele dossier was protected as accurate reporting on an official proceeding. Roy has also been involved in a variety of other high-stakes civil litigation cases including defending Rolls Royce against contract claims by various cruise lines, and currently representing the chairman of one of the most famous entertainment companies in a series of lawsuits over allegations that a Canadian businessman tried to secretly harvest his DNA.

Since 1987, Roy has been included every year among The Best Lawyers in America®. Chambers USA describes Roy as a top litigator with "the best national reputation in the State (of Florida)” and “famous for being good and actually practice(s) at that standard.” In fact, Chambers also said that Roy is “(s)o good, he is scary good,” is “uniquely gifted in front of juries,” and that “no one is as well prepared or has the presence in court of Roy Black.”

Featured on the cover of and in many national legal and business publications, Roy served as NBC’s legal analyst on “The Today Show” and has frequently appeared on ABC’s “Good Morning America” and several other network and cable news programs. He is the author of Black's Law, a book that recounts the strategies he employed to safeguard the freedom of four clients.

Nicknamed “the professor” for his erudition and dedication to education, one of Roy’s great professional joys, outside of the courtroom, is teaching advanced criminal evidence at the University of Miami School of Law, a position he has held since 1973. Roy derives a deep sense of personal satisfaction and feels honored to have the opportunity to teach and train decades of UM law students and assist them in becoming successful trial lawyers.

Dismissal of matter involving Albertson's, Inc., when the State of Florida charged the Fortune 500 Company with manslaughter in the death of a shoplifter

Acquittal of South Florida police officers Luis Alvarez and William Lozano, who were accused of manslaughter in separate shootings

Acquittal of a Miami attorney charged in an internet sex case

Lead trial attorney defending one of the largest charged financial crimes involving derivatives in the Southern District of New York to date, this Senior Executive and Vice President of the once leading residential mortgage lender in Puerto Rico, received a 4-year sentence following the government aggressively seeking a 27-34 year sentence.

Represented the father of an infant child who was under threat of imminent arrest and the removal of his infant son and young daughter to DCF custody. Client, father of a nine-month-old who sustained a severe brain injury, appeared in our office for urgent help. The father said the injury occurred when the child fell backwards off of his parents' bed and onto a hardwood floor. Police detectives and treating physicians did not believe our client's explanation and pressed the State Attorney for an arrest and charges. Given only two weeks by the prosecutor to convince her that charges should not be filed, attorneys Roy Black and Mark Shapiro tapped every available resource, pulling together the country's leading engineering and medical experts on "short fall" injuries. Meeting the two- week deadline, the prosecutor was presented not only with detailed written opinions from our consultants, but with a full PowerPoint presentation given by one of the medical experts. No charges were filed.

Working alongside partners Scott Kornspan, Maria Neyra and Mark Shapiro, in addition to outside co-counsel, successfully defended one of the world's largest corporations and employers in an investigation conducted by the Miami-Dade County State Attorney's Office. Approximately 5 months after the investigation began, the State of Florida declined to prosecute.

Obtained probation at sentencing, which resulted in possibly the shortest term of federal probation ever imposed, for Mary Estelle Curran, an elderly widow charged in one of the largest offshore bank account tax cases for failing to pay taxes and disclose $43 million held in accounts at UBS and LGT in Switzerland. At sentencing in United States District Court for the Southern District of Florida Ms. Curran was sentenced to probation, which was immediately terminated, resulting in five seconds of federal probation.

Working with partner Maria Neyra, conducted an internal investigation of a vending machine company entangled in a nationwide multi-agency operation against business opportunities. Presented findings to the U.S. Department of Justice’s Consumer Branch Division, which resulted in a resolution of the case for the successor company and the non-prosecution of our individual client.

Represented a prominent South Florida gastroenterologist charged with fraudulently underpaying more than five million dollars in federal income taxes over a five-year period. Roy was integral in negotiating a global plea agreement binding on the U.S. government and the IRS that resulted in the dismissal of all but one of the charges. Additionally, the agreement explicitly included the understanding that the client’s underlying conduct in no way involved or implicated the practice of medicine. This component of the agreement was critical in order to preserve the client’s medical license and, therefore, his ability to continue practicing medicine. More importantly, however, preserving the client’s medical license ensured his ability to continue providing first class medical care to the many "medically underserved” communities that he has served for over a decade. At sentencing, Roy’s presentation included a 177-page sentencing memorandum and a 13-minute DVD consisting of interviews of patients, colleagues, friends, and community leaders highlighting the client’s tremendous community service efforts. Ultimately, Roy successfully convinced the District Court to impose a sentence well below the sentence recommended by the U.S. Sentencing Guidelines and actively sought by the government.

Together with Jackie Perczek, represented the CEO of one of the largest affordable housing developers in the nation in connection with a grand jury investigation and prosecution relating to the procurement of millions of dollars in tax credits to develop low income housing under the Low Income Housing Tax Credit program. Following a two-day sentencing hearing, Roy and Jackie were able to convince the Court to sentence well below the guideline range. They also reached an agreement with the government that mitigated the client's financial responsibilities to the government.

Represented the CEO of a publicly-traded, specialty finance company in connection to one of the largest federal grand jury investigations in the history of the investigating district. The U.S. Attorney’s Office declined prosecution and the ensuing civil and SEC matters settled.