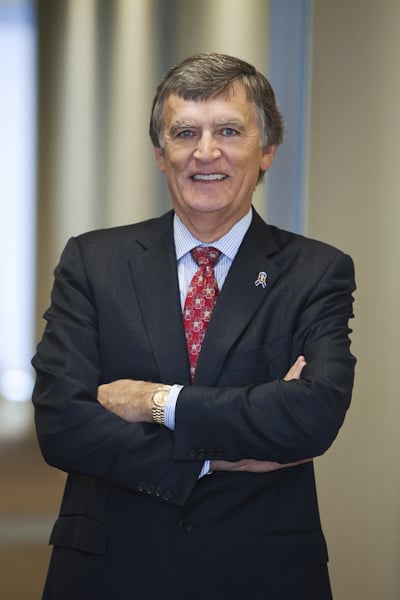 For more than 30 years, Michael L. Kirby has been involved in civil litigation, trying more than 50 jury trials throughout his career and obtaining total recoveries valued in excess of $275 million as lead counsel. His expertise is extensive and covers a variety of practice areas that involve business, partnerships, real estate and investor disputes. He has received multiple Outstanding Trial Lawyer awards from Consumer Attorneys of San Diego (CASD).

A founding partner at KIRBY & KIRBY LLP (and formerly a founding partner of Post Kirby Noonan & Sweat), Kirby is recognized as one of the most well-respected trial lawyers in San Diego County.

Kirby is listed in Best Lawyers® – the leading rating of U.S. lawyers – for Bet The Company Litigation (San Diego Lawyer of the Year 2015) and Commercial Litigation for multiple years.

Since 1994, Kirby has been a member of the American Board of Trial Advocates (ABOTA) – a national organization of civil trial attorneys – and has served on its national board of directors. He is a master in the American Inns of Court – William B. Enright Chapter. Kirby was also named one of the top attorneys in California – five years in a row – by California Super Lawyers magazine, an honor given to only five percent of attorneys in the state.

He was a founder of the Association of Business Trial Lawyers of San Diego, served four years as a Southern District of California Lawyer Representative to the Ninth Circuit and is the president of the San Diego chapter of the International Network of Boutique Law Firms.

In his spare time, Kirby enjoys golfing and traveling with his wife, fly fishing and playing with his grandchildren.

American Board of Trial Advocates

The Association of Trial Lawyers of America

Represented a physician sued for defamation, seeking $3 million in damages. The physician countersued for defamation. In a trial in September/October 2014, all of the plaintiff’s claims were defeated, and Kirby obtained a verdict $250,000 in compensatory damages and $2.5 million in punitive damages for his client

Successfully handled litigation that cleared a major easement and made possible the development and construction of the new regional FBI center in San Diego, which opened in 2013

Served as the lead attorney representing a Liquidating Trust for the Benefit of Creditors created by the Bankruptcy Court in San Diego to pursue claims by a major distributor who was terminated by a national direct broadcast satellite entertainment company. After a hotly contested eight-day arbitration before the American Arbitration Association, the Arbitration Panel issued an award in favor of the Liquidating Trust of more than $9.5 million. That award was confirmed by the Court of Appeal in October 2014

Obtained more than $15 million against a developer, $1.1 million in compensatory damages and $5.7 million in punitive damages against a title/escrow company in a four-month jury trial involving a scheme to defraud elderly investors – some of whom lost their life savings. The trial focused on plaintiff’s theories of fraud, aiding and abetting, and conspiracy against the financial planner/developer and a national title/escrow company. Kirby received the San Diego Consumer Attorneys’ Outstanding Trial Lawyer Award for this case

Obtained a settlement of $91 million for class action plaintiffs in a lawsuit filed against a national securities brokerage firm in a case that began in San Diego Federal Court, and was later transferred to the U.S. District Court of New Jersey. All investors, many of whom were elderly or retired, recovered their losses in full

Obtained a defense verdict for a national securities broker dealer in a seven-week jury trial in San Diego Superior Court, defeating all damage claims for more than $30 million

Represented the plaintiff, a terminated franchisee, in an action in San Diego Superior Court, which resulted in a jury verdict of $7.6 million, including $6 million in punitive damages. Kirby received the Outstanding Trial Lawyer Award for his work in this case

Recovered $500,000 for his client, a California company, in an arbitration proceeding in Tampa, Florida, and also defeated all of the plaintiff’s claims of more than $6 million against his client

Represented a tuna boat captain against a helicopter manufacturer, which resulted in a jury verdict in excess of $3 million for his client

Obtained a summary judgment in favor of his clients, a Michigan bank and its directors, in a business tort case involving alleged damage claims of $30 million in Arizona Superior Court