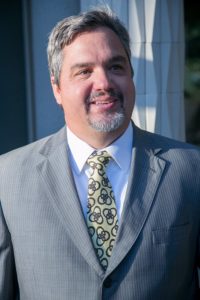 Allen Sawyer, Esq., specializes in serious criminal defense and white-collar crime law in Northern California, with his main office headquartered in the Central Valley, a region that includes the cities of Sacramento, Redding, Chico, Stockton, Modesto, Fresno, Visalia, and Bakersfield.

After completing his undergraduate education at the University of the Pacific, Attorney Allen Sawyer attended law school at the University of California’s Hastings College of the Law, where he earned his Juris Doctor. He became licensed to practice law in the state of California in 1994. Initially working as a prosecutor in California’s Central Valley, Sawyer served as a deputy district attorney in Stockton, CA, specializing in violent crime prosecutions. Later he was appointed by the Governor of California to run the Governor’s Office of Criminal Justice Planning, which oversaw a 500-million-dollar budget for law enforcement, new criminal justice legislation, and innovative new law enforcement programs.

In the second act of his legal career, Sawyer became a defense attorney in Stockton. There he founded his own firm, The Law Offices of Allen Sawyer, in 2003, when he began passionately serving his clients as a criminal defense and personal injury attorney. He is an active member of the State Bar of California.

As a former prosecutor, Attorney Allen Sawyer not only understands the processes and techniques of criminal prosecution, but also, as a criminal defense attorney, is uniquely poised to argue for you against prosecution attorneys. Having gained over a decade of criminal defense experience makes Sawyer familiar with both sides of a criminal trial, and well-suited to defend clients facing criminal charges. While Sawyer’s acquittal record speaks for itself, his goal is to help his clients avoid prosecution altogether.

Licensed to practice law in the State of California

United States District Court for the Central District of California

United States District Court for the Eastern District of California

United States District Court for the Northern District of California

United States District Court for the Southern District of California

Honing his expertise over 20 years of legal experience, attorney Allen Sawyer offers a range of California criminal defense services to clients in the Stockton, Sacramento, and Northern California areas:

Criminal Defense Law—Representing individuals charged with serious crimes throughout California, Allen Sawyer’s expertise as a criminal defense attorney spans a wide array of charges, including such aspects of white-collar criminal defense as embezzlement and real estate fraud. Allen Sawyer has unique experience defending high profile cases that garner a lot of media attention. He is quite often sought out by the media to be a legal commentator on legal issues of the day.

Personal Injury Law—Attorney Allen Sawyer represents victims of negligence in Stockton and the surrounding area. Mr. Sawyer focuses on serious injury cases, including wrongful death, brain injury, and truck accidents. As a personal injury attorney, Sawyer has recovered millions of dollars in compensation for his clients.

Attorney Allen Sawyer not only understands both ends of the legal system, but also has personal experience as both lawyer and defendant. Having experienced first-hand the emotional and financial stresses of combating legal issues, and especially of facing circumstances that appear insurmountable, Sawyer understands the value of competent, supportive representation. He is sensitive to the impact conviction and incarceration could have on the lives and futures of his clients, and is passionate to assist them in avoiding conviction. Now in possession of a deeper appreciation for, and faith in, the legal system for which he works, Attorney Allen Sawyer pledges a renewed re-commitment to respecting the dignity of his clients, to making himself available to serve their needs, and, if necessary, to standing by their side in court.