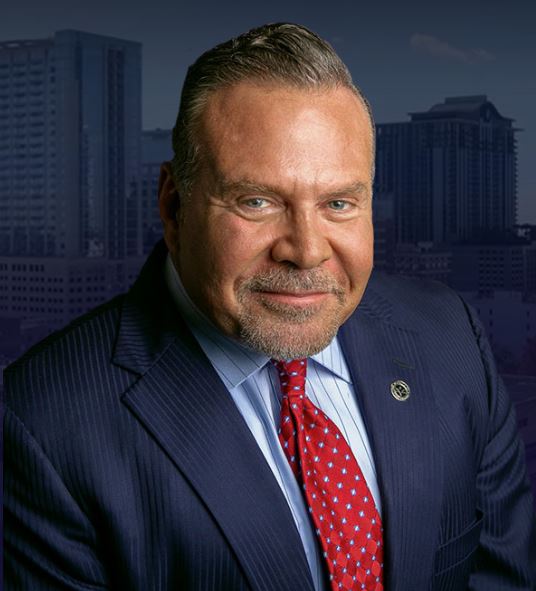 Robert Eckard is the founding partner in this litigation firm. He established the firm in 2000 after leaving the State Attorney’s Office, 6th Judicial Circuit, where he prosecuted both felony and misdemeanor criminal cases and is Board Certified in Business Litigation by the Florida Bar (less than 300 lawyers in the State of Florida are Board Certified in Business Litigation). Rob’s background, training and experience in both business litigation and criminal defense makes him uniquely qualified in handling business crimes. He has tried over 40 jury trials and over 100 bench trials. From 2000-2005 Mr. Eckard handled employment litigation cases.

In the area of criminal defense, Rob has represented individuals, both targets and witnesses, in state and federal courts in Florida and around the country. His representation has included cases involving, grand jury proceedings, drug related charges, Trading with the Enemy Act, bribery, conspiracy, health care fraud, securities fraud, embezzlement, visa fraud and other white collar crimes and parallel proceedings.

Robert Eckard is a native of New York and has been living in Florida for over 30 years. Rob is a 1998 graduate of Stetson University College of Law (honors). He also holds an LL.M. degree in International Law and Business from Stetson University College of Law. Rob was a former member of the US/Cuba Legal Forum, a not for profit organization designed to foster ties with Cuban Lawyers in Cuba, to normalize trade relations between the United States and Cuba and to explore legal issues effecting U.S. entities doing or wishing to do business there.